Ah, the work-arounds we create when we are avoiding the conversation! A team member was telling me about an interaction where he was treated rudely by email. Before he addressed it directly he had an email interchange with another colleague asking for advice. He wrote a careful reply and received no apology, just a righteous justification. Is he going to address it directly with a phone call? No. He is avoiding the conversation.

That is not to say he is doing nothing. He had gone out of his way to mentor this individual. That will stop. He will bill all of his time where before he billed lightly. He will be polite but will no longer assume good will. The relationship is broken.

As a good coach, I did not let it go there. I explored what he thinks has changed for the other party. He was able to articulate the pressures she was under that might have changed her behavior. We explored her relationship with others in the organization. This was not unique behavior in his view. Where he had tried to have a better relationship with her than she had with others, he had been attacked and he was withdrawing big time.

Do you have a fracture like this in your world?

If you were to choose to lean into the conversation, how would you do that?

Doug Bouey in his book Fixing Fractures lays out a step by step plan for how to prepare for and then lead a conversation for resolution. When he spoke to my Vistage groups this month, he gave them the tools and walked them through the preparation needed to make it a success. Here is the thing. It is uncomfortable. It is risky. It is hard. We don’t choose to get uncomfortable unless it is a really important relationship….or we just can’t let it go. If you have one of those, or just want to get better at difficult conversations, your sincere desire will lead you through.  Do the preparation and and take a go at it. You will feel better for it.

If you are not a subscriber to BIZPIE blog, you can subscribe here. 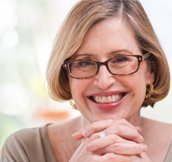